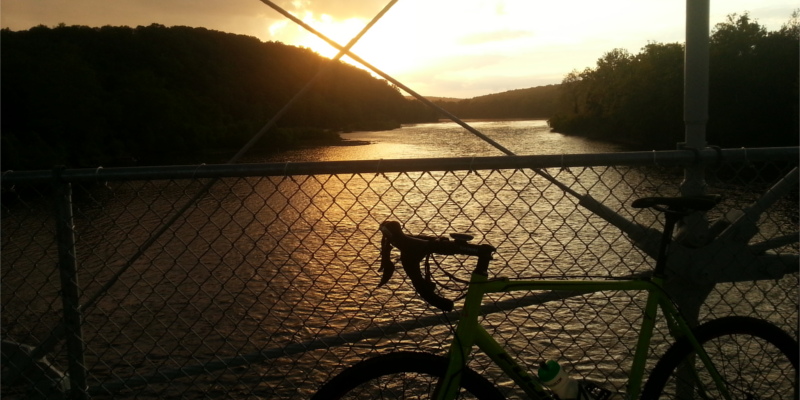 It’s fairly safe to say that we’re roadies. What does that mean? Well, neither of has ridden a mountain bike in their adult lives, we meticulously plan our routes to avoid anything other than blacktop surfaces for fear of ruining our skinny road tires and we tend to consider the idea of a bike with anything other than a road style drop handlebar as a needlessly slow way to get from A to B.

Sticking to the roads and blasting across counties, states and countrys is definitely something we enjoy (understatement), but perhaps there is more to riding than our roadie mindsets have considered. What’s down that gravel road? What if riding a segment of a ride on the canal towpath as well as our usual lanes adds pleasing variety to a ride?

Enter, the Cyclocross bike. Invented for the bizarre cycling sport which inexplicably involves having to carry your bike over fences and up stairs, it turns out to be the ideal all-road bike; fast enough on the road and with road style drop handlebars, but with wider grippy tires, this bike can do almost anything. True to our roadie background while opening up all the options of the varying riding surfaces in our area, we’d found the ideal bike for our tours.

So, after a manic weekend of bike building, testing and breaking down cardboard boxes we have our very own fleet of rental bikes made by Fuji. I’m happy to brag that nobody else in the area is renting anything which comes close to these in terms of having something which you can really ride. Boy did they turn out even better than we’d hoped. So much so in fact that rather than continuing to write about them, I’m going to go and ride one instead! 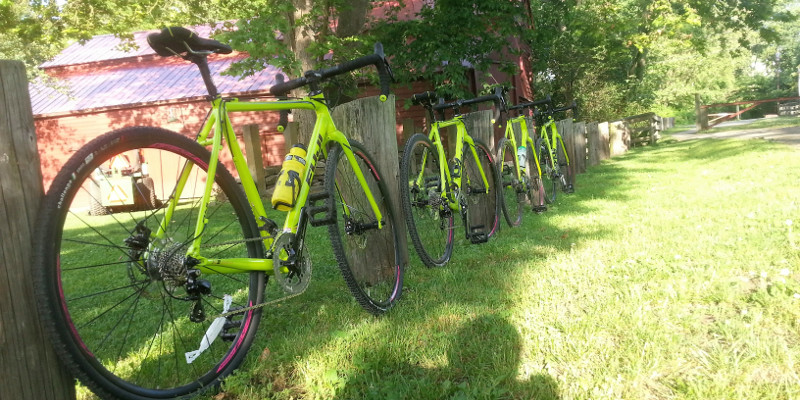 Catch you on the tarmac/gravel/towpath soon!